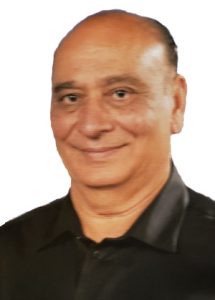 Ranbir Sahni, has decades of experience as the CEO of several innovative energy, real estate, and technology companies.  He has overseen the development of 15MW of wind, 5 MW of solar PV and thermal, and two ethanol plants 33 years ago

In 1985, he was also ranked as the #7th builder in USA by Professional Builder as home builder with volume of $880 million and was also the #4 apartment builder.  Put link During his career, he built over 16,000 apartments and homes in 17 states, of which 50% were low income housing with total value of $2 billion. He migrated to USA in 1968 after having an illustrious carrier in Indian Air Force as a top gun instructor. He flew for couple of years for TWA and started the Real estate company in 1972 with $32,000 in capital with no experience in real estate or business and grew the company to a billion dollar company by 1985.

In recent years, he has founded and invested in multiple technology companies:

Mr. Jinraj Joshipura is a management professional with more than 20 years of multidisciplinary international work experience in Africa, Asia, US, and Caribbean that includes working with The.), IBM and EMC Corporation, World Bank and The University of Tokyo (Dept. of Electrical Engineering).

Mr. Joshipura was educated at MIT (Cambridge, USA) and has published papers in Energy Economics and Geopolitical dimension of renewable Energy. He has lectured at the CRIEPI, MIT, IAEE etc. including at The University of Tokyo under a MIT-Japan Program Fellowship. Mr. Joshipura has been interviewed by BBC and The Guardian and his work in Electronic Music has covered several media.